Thirty-five years ago today, The Dukes of Hazzard first aired on CBS. Although I never watched an episode of this popular show, it became an important part of my childhood. Today, I finally completed this poetic memory about those days on the playground at Central Christian Elementary. This one’s for you, Andy Chin, wherever you may be. 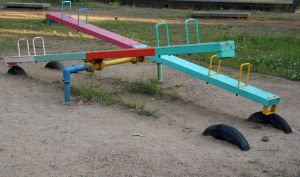 Where is the place

it held for the crippled girl

and her Chinese friend?

Most of all in these United States,

every scene with other children

as pawns upon the playground,

moving as he directed (he was,

One by one, the children tired

of his game, left

for swing sets, softball and kick-the-can,

until he stood alone

scuffing his shoes in the dust.

to chat with his Daisy,

still sitting where he had left her

on the schoolroom steps.

of that bumbling sheriff

and his adoring, crumpled Daisy.