So I’m tragically late in posting my response to the Friday Fictioneers prompt for Friday, November 28. Chalk it up to Thanksgiving travels and such. Anyway, here it is. It’s a little late for anyone to play along, but you can read the other 100-word stories here.

The photo prompt comes to us courtesy of Randy Mazie. 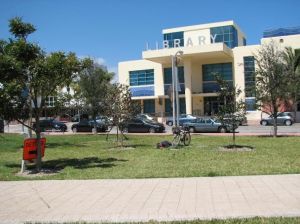 At dinner parties, Gordon regaled guests with the story of the day he met his wife—how he had gotten lost on the college campus and wandered into the library where Hillary worked. Throughout the conversation, she always remained silent—blushing, eyes downcast. The smile faintly etched on her lips told him she was pleased.

Gordon knew they were an unlikely match. Hillary frequently reminded him that their marriage was doomed from the beginning. He laughed and told her he enjoyed living on the edge. On their 50th wedding anniversary, she finally conceded, “Some things are just meant to be.”